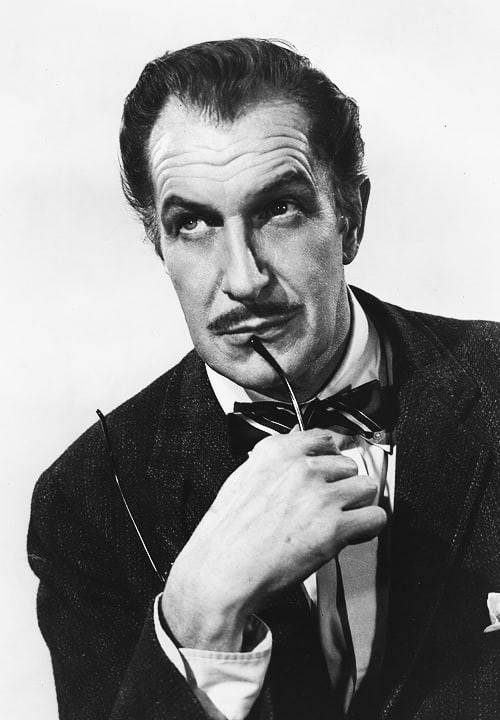 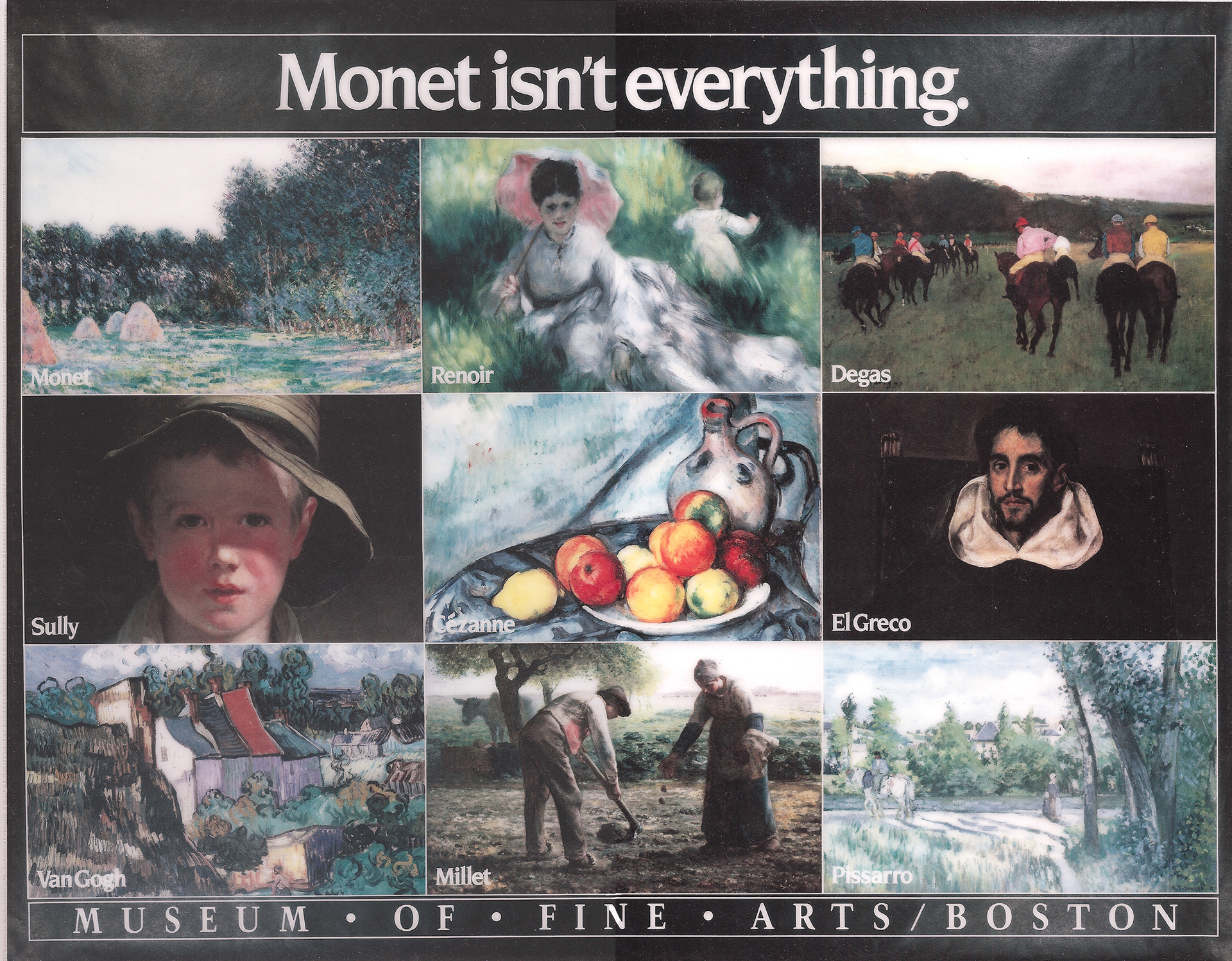 "Words Cannot Express" -- Museum of fine Arts/Boston
The inside story: Created by a team from Hill Holliday, this award-winning sport for the Museum of Fine Arts/Boston was done as a 3-way phone patch. I, the copywriter, was at home in bed with a 103-degree fever. Lisa Page, the producer, was at Soundtrack in Boston. And Vincent Price, the talent, was in a studio in LA. Although he was famous for his roles in horror films, Mr. Price, when not working, did not collect iron maidens, racks or other instruments of torture. He was in fact an art lover who authored several books on the subject. He was also a great supporter of museums. Lucky for us, he consented to donate his time and distinct voice to this spot, called "Words Cannot Express." His first take was perfect. Neither Lisa nor I could direct him to do anything differently. However, our default position with flawless talent like this was to request a couple more takes, even though we sensed the first would not be displaced, "just to be safe." Stupidly, we would often say, "That was perfect Just give us a couple more -- exactly like that." This time we kept the request but refrained from the stupidity. And so, Mr. Price happily did two more takes. What a delight he was to work with! In my experience, the great ones usually were. Mr. Price was unassuming, kind, complimentary and solicitous. And, by the way, we opted for take number one.
"Monet isn't everything" -- Museum of fine Arts/Boston
It was a no brainer to leverage this award-winning subway poster as a radio spot. Regrettably, Vincent Price was not available this time. But, as it turned out, some very good talent was available to choose from in Boston, too.
"JUST LOOKING" -- NYNEX YELLOW PAGES
The linchpin of the NYNEX Yellow Pages radio campaign, "Just Looking" more than any of the others in the series, brought home the campaign theme, "Where would you be without it?" In this case, up shit's creek without a serious prospect.
"HONOLULU OF A SALE" -- NYNEX YELLOW PAGES
Yet another silly thing a business will do to attract new customers instead of doing the smart thing: advertise in the Nynex Yellow Pages.
"HIJACKER" -- MASSACHUSETTS ELECTRIC
Featuring the voice talent of the comedy team "Bob & Ray," this award-winning commercial (One Show, etc.), for Massachusetts Electric emphasized to customers and prospects alike how much the utility was doing to keep the cost of electricity down. Predictably though, the spot did get under the skin of the utility's oil-producing competitors a bushel and OPEC.
"HILLBILLY" -- MASSACHUSETTS ELECTRIC
Once again featuring the voice talent of the comedy team "Bob & Ray," this spot takes the listener to the doorstep of a typical American home to demonstrate again that the price of electricity from Massachusetts Electric is actually going down while the price oil and gasoline continues to rise.

If anyone asks, you didn't hear this from me.
↑Back to Top